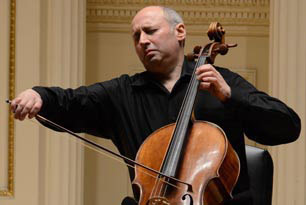 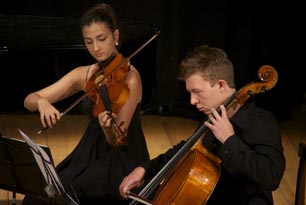 InterHarmony International Music Festival has been taking place in European and American cities for the past 17 summers, transports the excitement of its European music festivals to New York City for a series of 3 concerts for its 10th Anniversary Season. Come see our World Premieres and little-known works performed by amazing players.

InterHarmony announces two Sessions. Accepting Applications Italy One from July 4 - 16 and Italy Two from July 18 - 30, 2023. If viewing on a mobile device, scroll down to read about each location.

Learn about the InterHarmony International School of Music Online by attending the Open Master Class Series. These free by RSVP classical music events will showcase IISM Professors. Informative and fun, potential students will get a taste of what it is like to study classical music at IISM.

Designed by the organizers of InterHarmony International Music Festival, InterHarmony International School of Music offers intensive classical music instruction on all instruments in a year-round program, creating the possibility for students to study with the most renowned performers and scholars from around the globe without the trouble of travel.


The 2022 InterHarmony International Music Festival Outstanding Guest Artist Series of legendary soloists and conductors will be a treat for the ears and minds of audiences and festival participants, giving them the unique opportunity to listen to, and interact with some of the greatest musical artists of our time. This program of living legends not only features performance opportunities and master classes, but exclusive concerts in intimate venues. The Outstanding Guest Artist Series will feature violinists Andrey Baranov, Guy Braunstein, Boris Kuschnir, Antonio Di Cristofano, pianists Saleem Ashkar and Alexei Volodin, star conductors Daniel Stewart and Oliver Weder, and cellist and Music Director, Misha Quint.