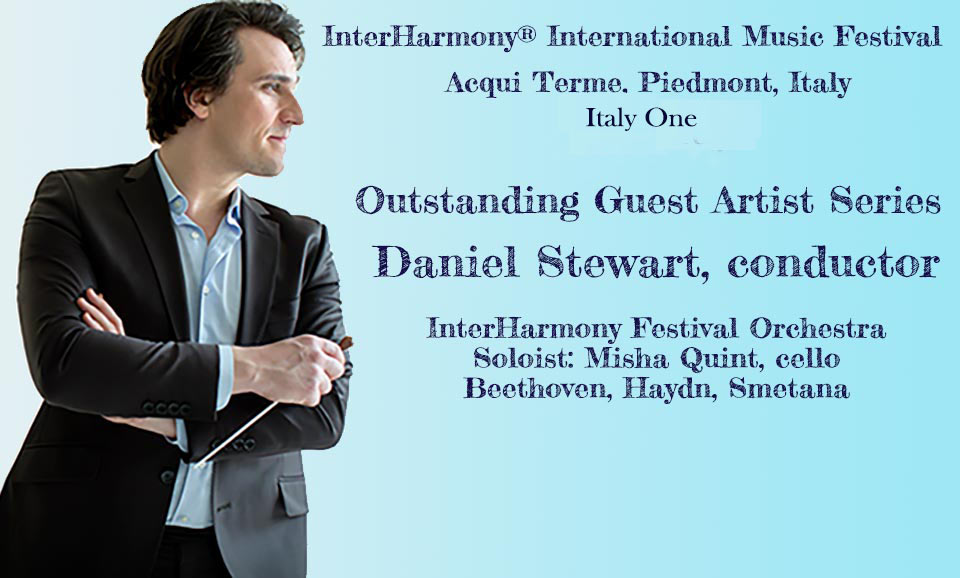 In 2012, the Metropolitan Opera appointed Stewart as the first conductor of their Lindemann Young Artist Development Program. In 2013, he made his acclaimed Lincoln Center debut in a Metropolitan Opera produced concert of comic operas by Stravinsky, Mozart, Donizetti and Berlioz. During his tenure with the Metropolitan Opera, he studied with then Music Director James Levine, coached singers, and conducted the Metropolitan Opera Orchestra and soloists in a comprehensive range of the operatic repertoire, including scenes from Norma, Cellini, Carmen, Lucia, Elisir, Pasquale, Pagliacci, Idomeneo, Entführung, Nozze, Zauberflöte, Barbiere, Italiana, Ariadne, Rake’s Progress, Boccanegra, Traviata, Otello, Falstaff, Holländer, Tannhäuser, Meistersinger, Tristan, Rheingold, Walküre, Siegfried, and Götterdammerung.

Renowned for his interpretive depth and innovative programming, Stewart’s work with the Santa Cruz Symphony has earned a reputation for frequent collaborations with world class soloists such as Yuja Wang, whose most recent appearances with the orchestra were were noted by the San Francisco Classical Voice as “Nothing short of miraculous. The sheer excitement of witnessing such extraordinary music making was an experience to be remembered.”. During his tenure as music director, he has featured over 20 principal singers from the Metropolitan Opera, established a thriving chamber music series, increased subscriptions, and expanded educational outreach programs.

Stewart has worked closely with contemporary composers such as the late Karlheinz Stockhausen, Esa-Pekka Salonen, HK Gruber, John Adams, and particularly Thomas Adès, whom he assisted in preparing the Los Angeles Philharmonic's "Aspects of Adès" festival in 2011. An avid composer himself, Daniel Stewart's compositions have been performed at venues including the Aspen Music Festival, Tribeca New Music Festival, and Verbier Festival.

Stewart is a graduate of the Curtis Institute of Music, where he studied conducting with Otto-Werner Mueller, with additional studies with Sir Simon Rattle, Christoph Eschenbach, and Alan Gilbert. Stewart has also concertized frequently as a viola soloist, and served as principal violist of numerous ensembles, including the New World Symphony (while also studying conducting with Michael Tilson Thomas), Schleswig-Holstein Festival Orchestra, and for six years with the Verbier Festival and Chamber Orchestras. He has performed as a violist with the San Francisco Symphony, recorded for EMI with Maxim Vengerov, and toured extensively in over 40 countries.