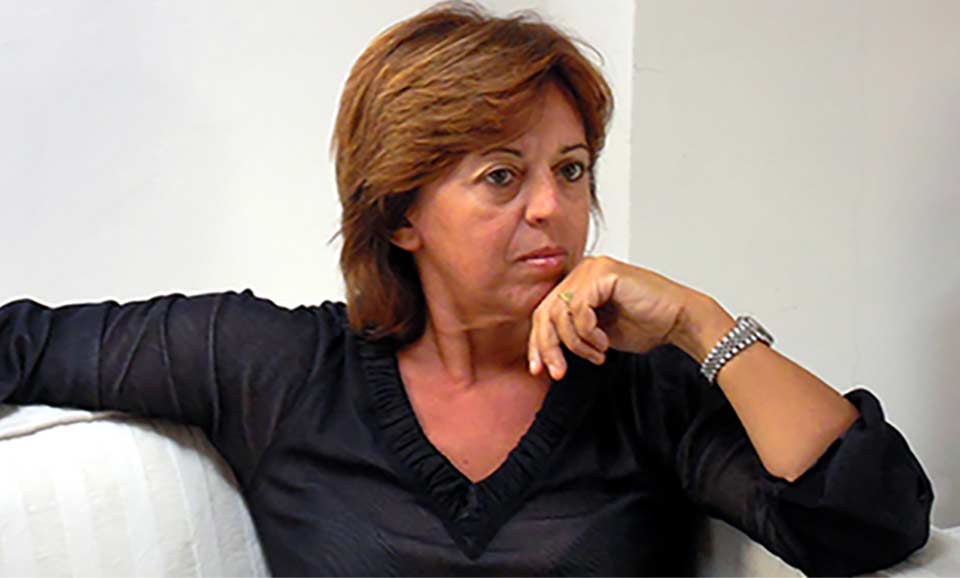 Born in Bologna, Nicoletta Conti studied piano, composition and conducting at the Conservatorio Giuseppe Verdi in Milan and the Conservatorio di Musica G.B. Martini in Bologna. Ms. Conti graduated from the University of Bologna in Musical Aesthetics at DAMS (disciplines of art, music and drama), Faculty of Literature and Philosophy at the University of Bologna, Musicology.

Ms. Conti continued her studies in conducting with Franco Ferrara (Siena), Leopold Hager (Salzburg), Leonard Bernstein, Seiji Ozawa and Kurt Masur(Tanglewood). Winner of numerous prizes, including, inter alia, the First Prize Musica da Camera “Città di Stresa”, the Third Prize at Nicolai Malko for Orchestra Conductors (Copenhagen), she began her career as a conductor in Italy and abroad, dedicating herself both to the operatic and symphonic repertoire.

Following the conductor’s course held by Leonard Bernstein at l’Accademia di Santa Cecilia in Rome, she was chosen by Maestro Bernstein to be his assistant conductor and to make her debut with the Orchestra dell’Accademia di Santa Cecilia. At the Capitol Ms. Conti received the prestigious Minerva Prize for the arts, the first Italian musician to be awarded it. In 2006 she received the honour of “Cavaliere della Repubblica Italiana” by the President of the Republic Carlo Azeglio Ciampi. She has since collaborated with important festivals and theatres, including Covent Garden, Teatro Comunale in Florence, Teatro Comunale in Bologna, Rossini Opera Festival, and the Festival of the Itria Valley. She combines her operatic work with a concert career, and has appeared alongside Luciano Pavarotti, Renato Bruson, Leo Nucci, and Daniela Dessì.

In August 2000 she assisted Maestro Antonio Pappano in London for the recording of the CD and film of Tosca with the Orchestra of Covent Garden. Maestro Conti received great acclaim when she conducted Madama Butterfly at the International Festival at Montepulciano. In August 2001 Maestro Conti assisted Maestro Pappano with the London Symphony Orchestra for the recording of Il Trovatore and most recently conducted a concert in Lisbon with Angela Gheorghiu.

Ms. Conti conducted the Royal Philarmonic Orchestra in the double bill of I Pagliacci and Suor Angelica for Opera Holland Park, and in a production of La Belle Helène for the theatres of Pisa, Lucca and Livorno. She conducted Il Trovatore, La Traviata and some Gala Concerts in Tokyo with the Tokyo Philarmonic. Most recently she has conducted the Orchestra of Teatro Lirico di Cagliari, the Israel Symphony Orchestra of Rishon LeZion, the Haydn Orchestra in Bolzano, the Verdi Orchestra in Milan, a production of “La Tragédie de Carmen” with the direction of Franco Ripa di Meana. In 2009 Nicoletta Conti conducted the annual concert for the European Parliament.

Ms. Conti regularly conducts in Japan and lectures about music at the Italian Institute of Culture in Tokyo. She recently conducted Lucia di Lammermoor for Opera Sai Company in Tokyo.

Ms. Conti recently conducted a production of Rigoletto at Varna Festival. Next March she will conduct some concerts in Kuala Lumpur with Kuala Lumpur City Opera and will hold a masterclass at the Putra University. Next May Ms. Conti will be conducting a concert in Tokyo and next October will be conducting the Orchestra of Toscanini Foundation in Parma.