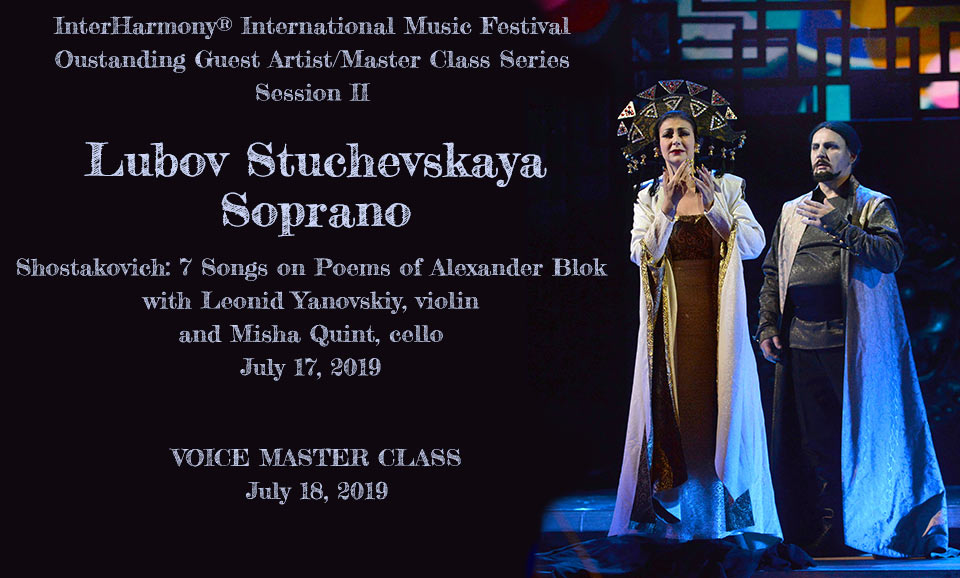 Born in Moscow in the family of musicians, Lubov Stuchevskaya studied voice and piano at the Ippolitov-Ivanov College of Music, Moscow. She continued her vocal training in London with Vera Rozsa, and at the opera school of the Royal College of Music, London. She has participated in numerous master-classes with singers of renown such as Mirella Freni, Giuseppe di Stefano, Luigi Alva, Niko Castel, Nicolai Gedda, Graham Clark, Grace Bumbry, Elena Obraztsova and Ileana Cotrubas, and completed two consecutive years in the Metropolitan Opera Workshop.

Futural engagements include Brünnhilde in the ring-cycle and Santuzza in Cavalleria Rusticana in the open-air summer festival in Sochi.