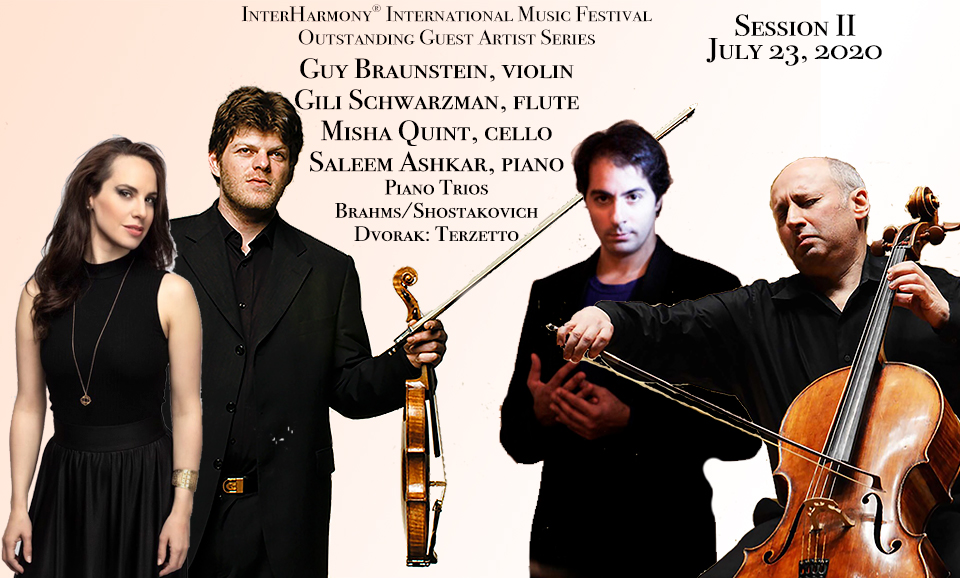 Violinist Guy Braunstein was born in Tel Aviv, Israel, and studied the violin under the guidance of Chaim Taub and later in New York with Glenn Dicterow and Pinchas Zuckerman.

He started performing as an international soloist and a chamber musician at a young age and has since played with the Israel Philharmonic, Tonhalle Zurich, Bamberg Symphony, Copenhagen Radio and Frankfurt Radio Orchestras, as well as the Philharmonica de la Scala, Berliner Philharmoniker and many others.

Between 2003 and 2007 Guy held the position of Professor of Music in the University of the Arts (Universitaet der Kunst) in Berlin and since 2006 has been the Music Director of the Rolandseck festival in Germany where he has welcomed international stars such as Emmanuel Pahud, Hélène Grimaud, Amihai Grosz and François Leleux.

Guy was the youngest person to be appointed concertmaster of the Berliner Philharmoniker in 2000, a position which heralded his debut as an orchestral member. He retired from this position at the end of the 2012-13 season. The 2016/17 season saw Guy give concerto performances with Danish National Symphony, Orchestre National du Capitole de Toulouse, Bournemouth Symphony, Noord Nederlands Orkest and Orchestra Filarmonica del Teatro di Fenice amongst others, as well as performing chamber music and recitals throughout Europe. Guy is increasingly in demand as a conductor and has recently conducted orchestras including Orquesta Sinfonica de Galicia, Trondheim Symphony, Hamburger Symphoniker and Lahti Symphony.

Highlights of the 17/18 season included Guy taking the position of Artist-in-Residence with the Trondheim Symphony Orchestra. This residency will showcase Guy’s multi-faceted musicianship with projects featuring Guy as both conductor and soloist in a range of repertoire. Further highlights included concerto debuts with Maggio Musicale Fiorentino & Tampere Philharmonia and conducting debuts with Queensland Symphony Orchestra as well as returning to the Boulezsaal for recital performances and giving his debut performance at the Elbphilharmonie with the Hamburger Symphoniker, where he holds the position of Associate Artist.

Guy plays a rare violin made by Francesco Roggieri in 1679.