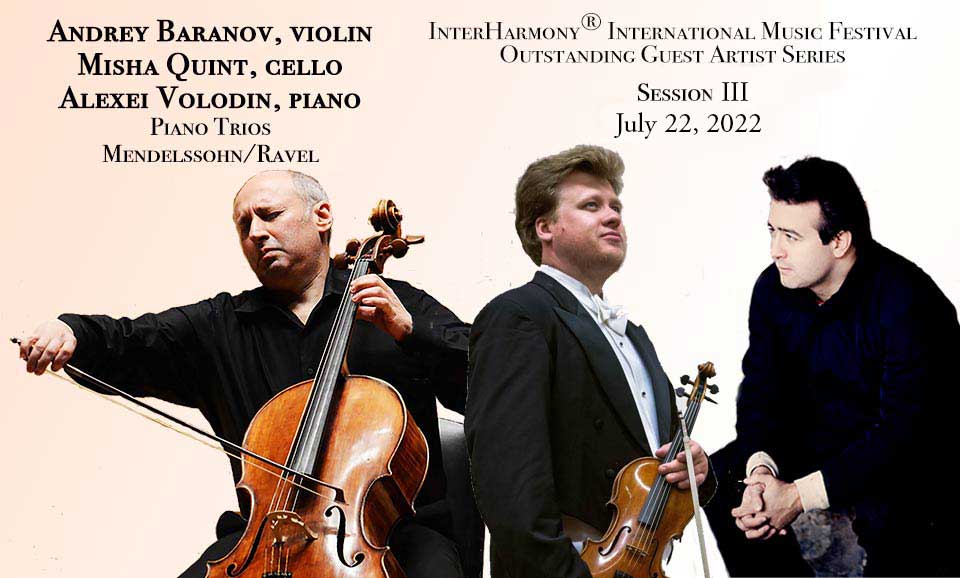 Acclaimed for his highly sensitive touch and technical brilliance, Alexei Volodin is in demand by orchestras at the highest level. He possesses an extraordinarily diverse repertoire from Beethoven and Brahms through Tchaikovsky, Rachmaninov, Prokofiev and Scriabin to Shchedrin and Medtner.

European highlights in the 2021/22 season include re-invitations to the Belgrade Philharmonic Orchestra, the Slovak Philharmonic, under the baton of Daniel Raiskin, and the National Philharmonic of Russia, as well as debuts, previously postponed due to covid, with Deutsche Radio Philharmonie and Hamburg Staatorchester with regular collaborators Pietari Inkinen and Kent Nagano.

An active chamber musician, he has a long-standing collaboration with many artists including Sol Gabetta. Previous chamber partners include Janine Jansen, Julian Rachlin, and Mischa Maisky, as well as the Borodin Quartet, Modigliani Quartet, Cuarteto Casals and Cremona Quartet.

Volodin’s latest album with the Mariinsky label was Prokofiev’s Piano Concerto No.4, conducted by Gergiev. Recording for Challenge Classics, Volodin’s disc of solo Rachmaninov works was released in 2013. He also recorded a solo album of Schumann, Ravel and Scriabin, and his earlier Chopin disc won a Choc de Classica and was awarded five stars by Diapason.